It’s a bit of a simplification, but antique pool & billiard tables in the late 1800’s came in three basic categories – Inlaid, carved, or basic.  Basic tables were generally poplar construction with veneer, most often quarter-sawn oak.  Inlaid tables were also veneered, but with marquetry designs inlaid in the background veneer – they could be simple – background and one other wood – or complex with seven or more wood species.  “Carved” tables had their base wood sheathed with solid wood thick enough to carve into, or with carved elements applied.

“Union League” is Brunswick’s model name but other companies produced their versions of this style.  Notable, Oliver Briggs produced a nice “quarter-panel constructed” version of the Sunburst that has a thinner leg profile.  The earlier Brunswick Union League is the “Sunburst” version and the latter is the “Expert”.  They are differentiated mostly by the cabinet panels above the legs – “Sunburst” looks as you would expect and “Expert” is a diamond plate.

Most Union Leagues are Quarter-Sawn Oak (some with Rosewood rail tops) as Quartered Oak was the preferred wood of the day.  A few were made in Walnut or Mahogany.

It should be noted that Quarter-Sawn Oak lends itself to a wide range of staining and finishing option.  The grain can be accentuated or subdued and the color can go from light or medium oak, to dark walnut, mahogany or cherry.  These two unrestored oak tables are a good illustration of the range. 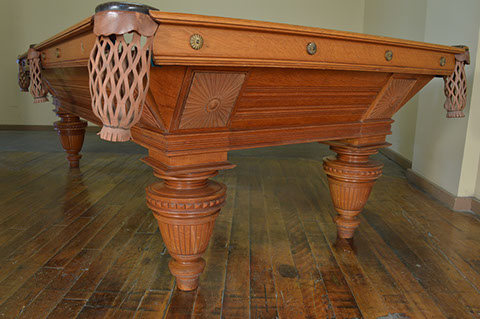 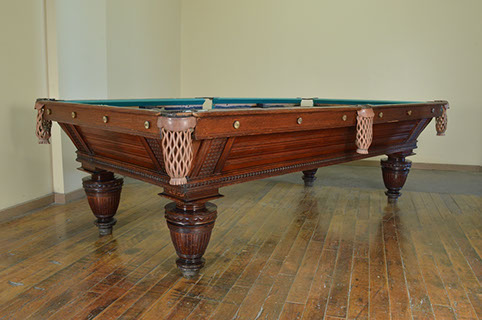 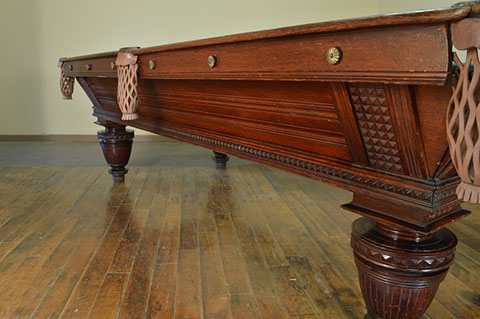 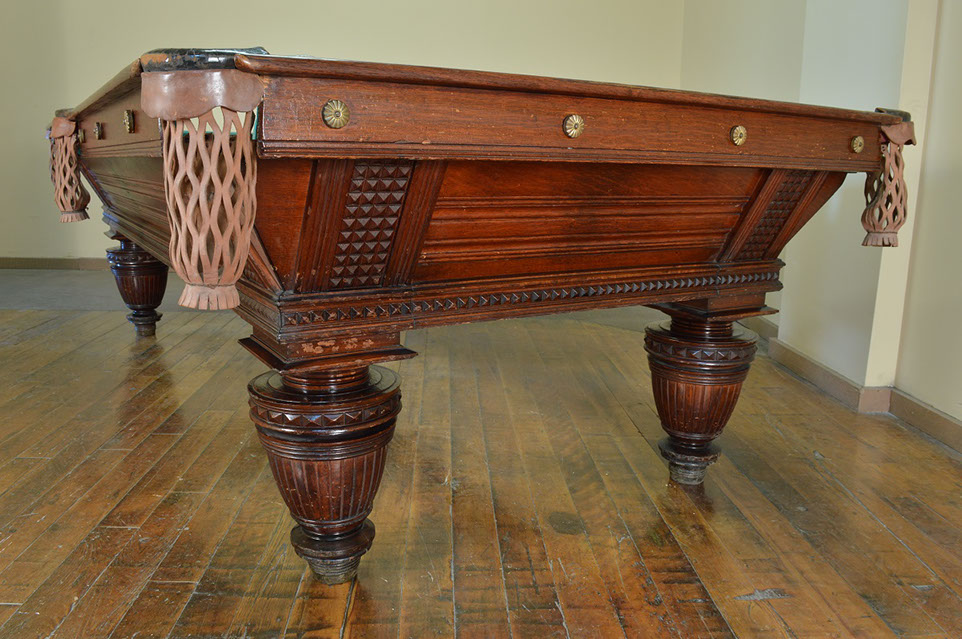