Shown here is a restored “Sunburst Union League”. This table is by Oliver. L. Briggs of Boston, but this style, and variations of it, was produced by several manufacturers. “Union League” was the model name used by BBC and they made two versions – the “Sunburst” shown here and the latter “Expert” with the” diamond-plate” over the legs.

We find that tables of this era are generally uniformly high quality across the manufacturers, with the smaller manufacturers usually matching and sometimes exceeding the quality of their BBC model counterpart.

Union League style tables were almost always done in Quarter-sawn Oak with a relative few made in other woods such as Mahogany or Walnut. The Quarter-sawn Oak lends itself to staining beautifully in most any color and the tiger grain can be either accentuated or de-emphasized as taste requires. Below are some examples of our previous Union League restorations in various finishes.

At this writing we have available unrestored Union Leagues by both BBC and Briggs, one of which is Mahogany. 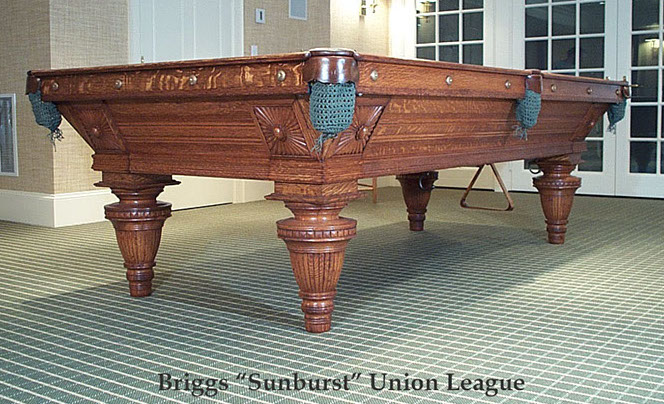 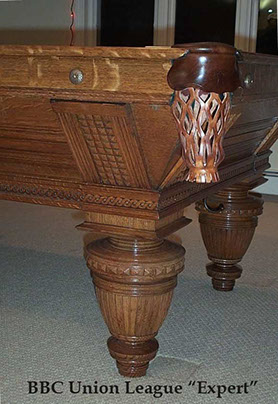 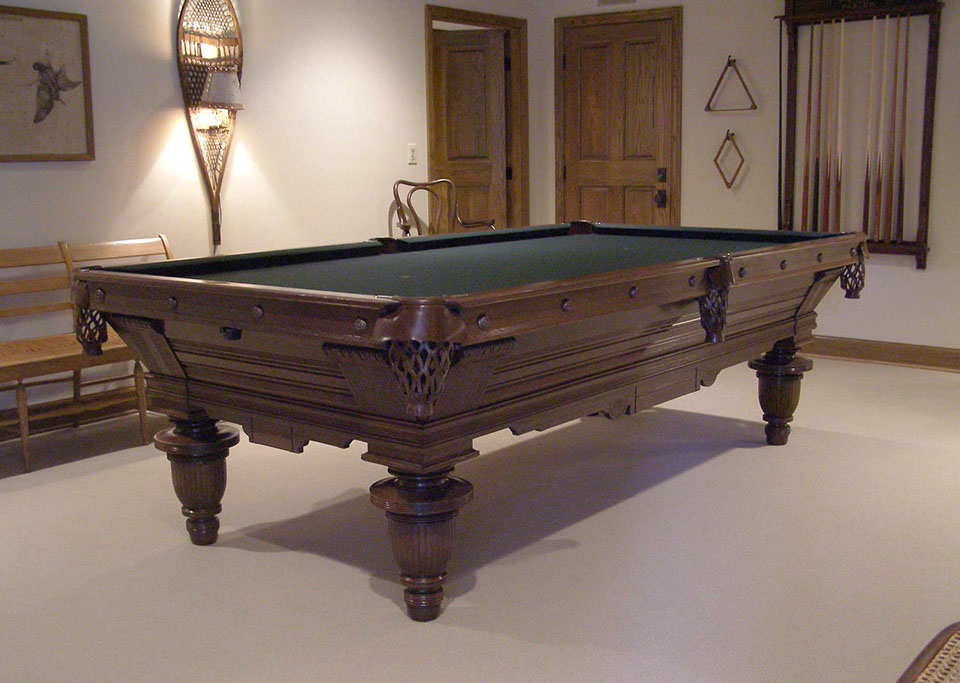 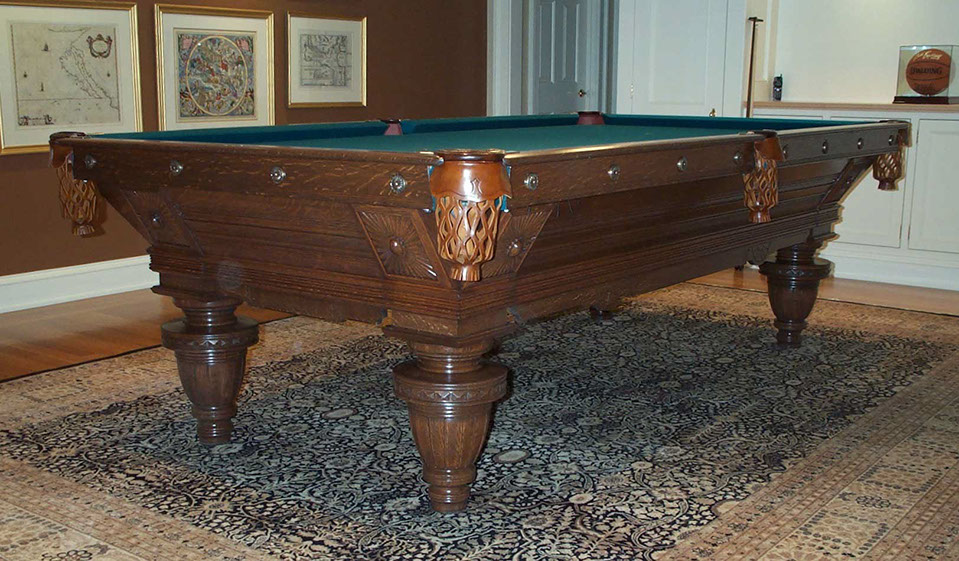