The “Popular”, consistent with its name, was produced from the 1870’s into the 1890’s with some variation in design,  first by H.W. Collender,  and after the merger, by Brunswick-Balke-Collender.  The most understated of the inlaid Victorians, the Popular is basically a two-wood design, with the Bird’s-eye Maple and the Rosewood exchanging roles -some tables being Maple background and others Rosewood.

The earlier Collender version  has a third wood – a dyed Burl- used sparingly in the cabinet stripes above the legs and the “X” inlays on the leg faces.

The Collender version also has a more expansive inlay pattern on the cabinet sides.

Collender Populars generally have the internal cast-iron cabinet corners.  BBC versions were done, some with the standard Brunswick head block construction,  and some with the cast iron corners.

At this writing we have nine foot Populars (BBC version) in both Bird’s-eye and Rosewood backgrounds, and an eight foot (44 x 88) Bird’s-eye background Collender.  The Popular is a handsome table restored - the simpler inlay pattern  gives the table a more masculine character and may be preferable to those who find the more heavily inlaid tables too elaborate. 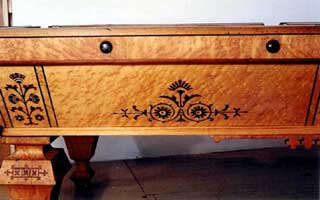 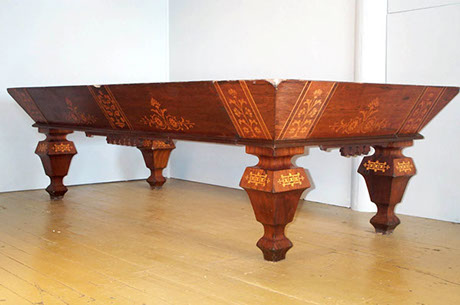 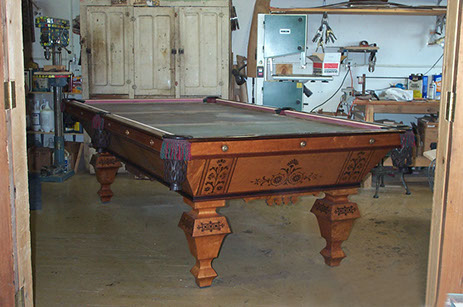 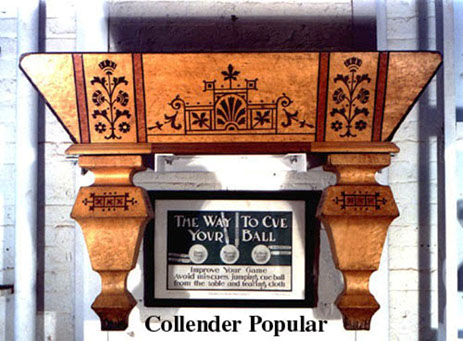 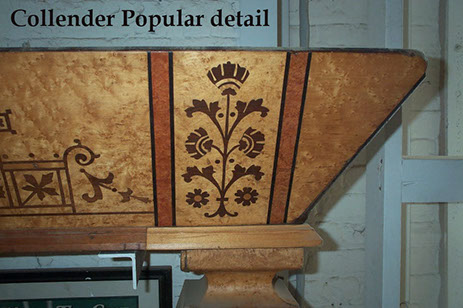 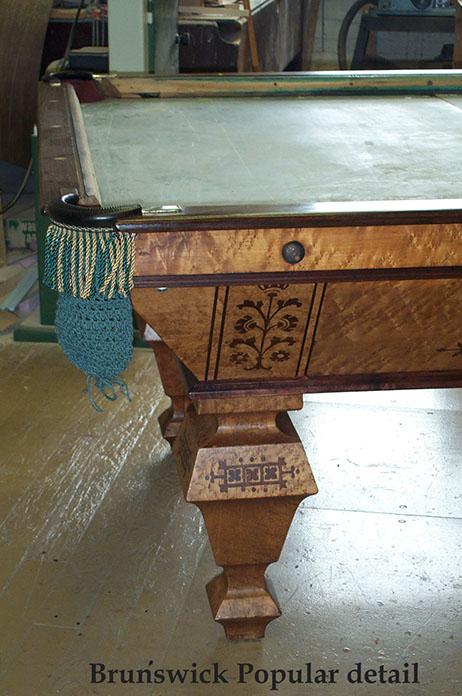