The Saratoga represents a move away from Victorian styling toward Empire. It is less delicate and decorative and its square legs and sow-bellied cabinet have a more massive and masculine feel.

This model was manufactured over some years in the first decade of the 20th century and with several variations that reflect the transitional nature of this model. Some Saratoga tables have floral and egg-and-dart molding, others are more plain. Some use the older style #3 pocket irons, some use the newer #5’s. Some are single-piece cabinet construction, some have the traditional cabinet break on the side near the corner, while still others have the invisible joint at the corner. Some Saratoga tables have the brass rosette-covered railbolts while others employ streamlined blind panels.

Other companies produced their versions of the popular Saratoga style and BBC themselves made another model (the “Newport”), which practically speaking, is same table given all the variations possible.

At this writing we have two 9’ Saratoga tables in inventory – one Oak and one Mahogany. 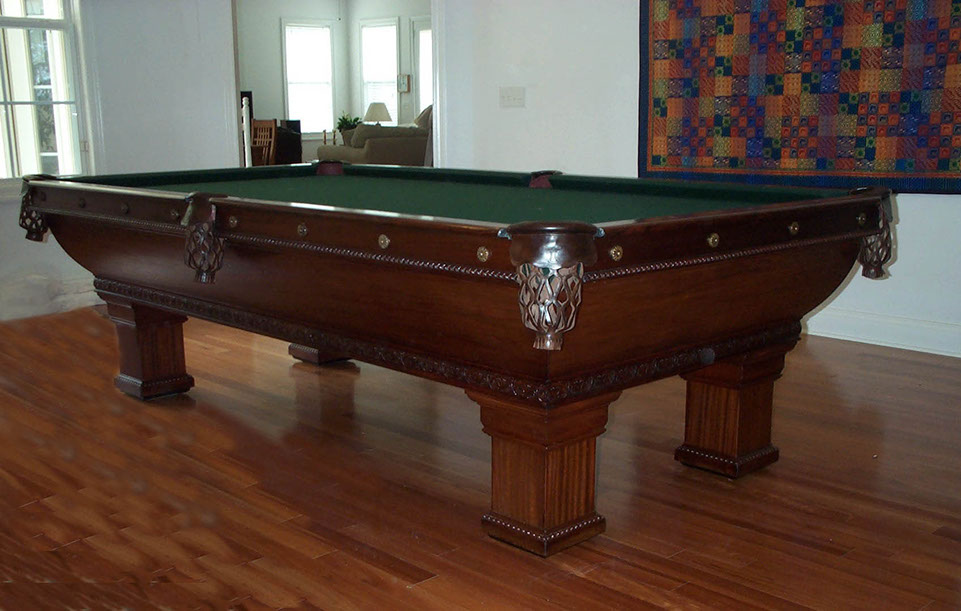 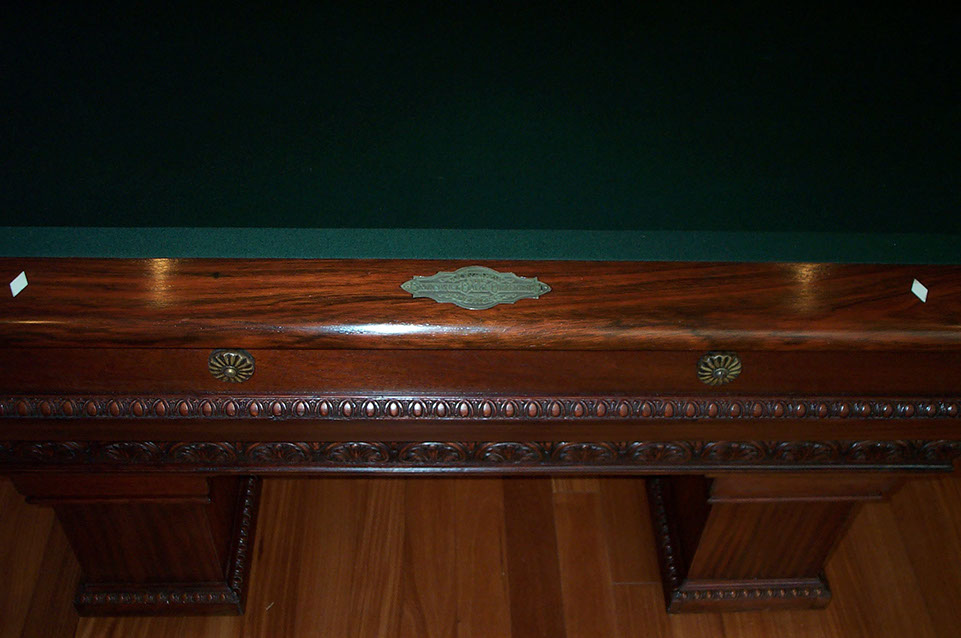