Columbia was one of many manufacturers in NYC.  I’ve been told there were more than a half-dozen on the Bowery alone!  We originally identified this table as a C.L Castle as it had many Castle characteristics and all the Columbia tables we have seen previously had the tapered flare leg like the Brunswick Regina, but we have received multiple emails of this table with a Columbia nameplate.  You can see several Benedicts and one Babcock elsewhere on our site.  There are two more Castles on the site – one at the top of the left column this page, and one in the “attic” section.

Like Benedict, and unlike most makers of antique tables, a good percentage of Castle’s production was in tables smaller than the prevalent nine foot size.  The most common size Castle table we encounter is 46” x 92” playing area, “pro 8” size and that is the size of the table pictured here.

As with most of the smaller companies, little was created and less survives in the way of catalogs and printed material.   We can conjecture from the style and construction of the tables, that Castle was in business roughly from the 1890’s up to World War I.

This table was apparently one of Castle’s most popular models, as I have seen several.  It could be described as a “dressed up” variation on Brunswick’s “Southern” in that it shares similar leg style, but with floral moldings on the legs and applied leaf carvings up the corners of the cabinet. It is a one-piece cabinet construction with Quarter-sawn Oak veneer and #3 pocket irons and a 3-piece, one-inch slate bed. 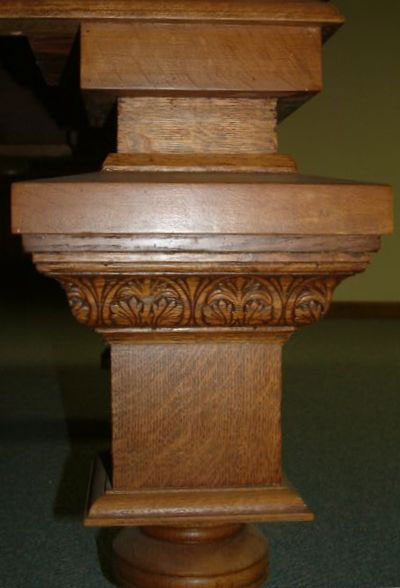 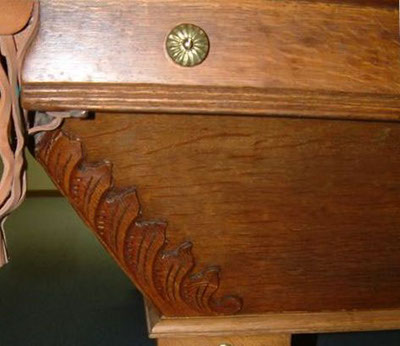