Columbia was one of many manufacturers in NYC.  I’ve been told there were more than a half-dozen on the Bowery alone!  We originally identified this table as a C.L Castle as it had many Castle characteristics, and all the Columbia tables we had seen previously were tapered flare leg models like the Brunswick Regina - but we have received multiple emails of this table with a Columbia nameplate that appeared original.

As is often the case with the smaller companies (like both Castle and Columbia) catalog information and model names are lacking and so “King” is our assigned moniker.

We chose “King” because the table was obviously a high-end, player-oriented offering, embodying all the upgrades such as full inch-and-a half slate (most slate is one inch) with corresponding heavy cabinet construction,  wider than normal rail-tops (a feature many serious players accustomed to modern tables will appreciate), and a gully ball-return system (fairly uncommon with the #3 style pocket irons).  Curved legs and sculptured cabinet corners break the straight lines, accentuate the table’s presence and give the table a “Pfister-esque” look.  Nice details such as the Dentil molding atop the legs , the Bead & Barrel within the cabinet’s bottom molding, and the applied carving leaf motif up the cabinet corners add interest to a solid, square-leg, boat-frame design.

The Quarter-Sawn Oak grain lines are quite spectacular even in the unrestored state and will be even more impressive after restoration.  Being Oak, and in good condition, this table will lend itself to being stained in almost any color and as light or as dark in value as desired.  Since our tables are restored to order, by us personally, our clients have a great deal of input into the process. 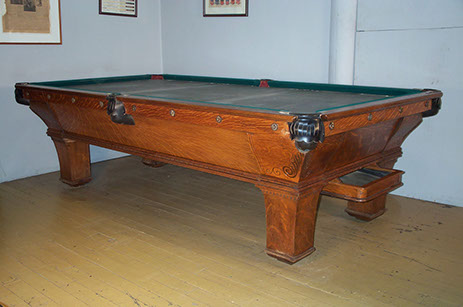 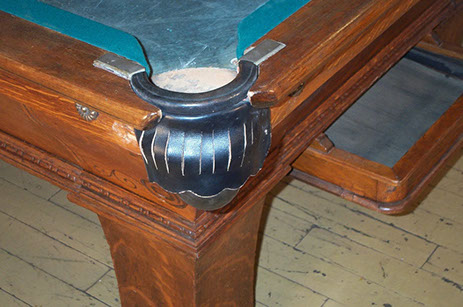 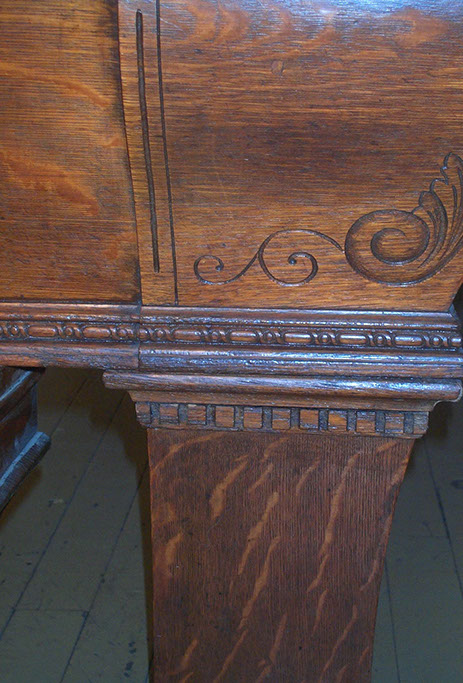 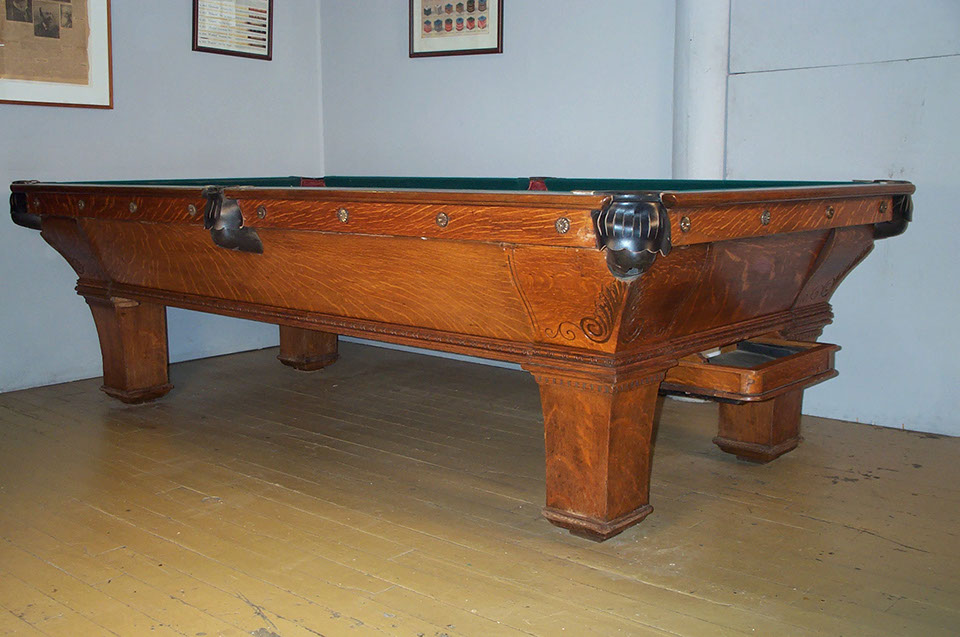