The Pfister represented the finest construction of its time and was both a pinnacle of and transition from the Victorian era tables. The carving maintained the Victorian love of ornamentation and detail but the serpentine leg and ogee-curve cabinet were a sculptural and streamlined departure. This table also ushered in a much heavier construction style that was to dominate the better tables of the coming decades. The Pfister had a massive cabinet and was double-bolted at eight locations due to its quarter-panel construction. These tables were all built to carry the optional one-and-one-half, extra thick slate.

This ground-breaking style was extended by BBC to the “Rochester” (originally called the “Improved Pfister”) - an unadorned version emphasizing the sculptural qualities and the “Marquette”- a walnut version with Arts and Crafts style inlay.

These serpentine-leg tables stand out as designs that manage to be massive, powerful and graceful at the same time. 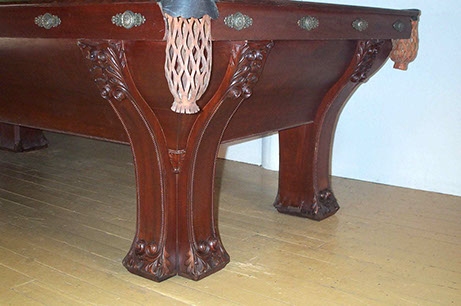 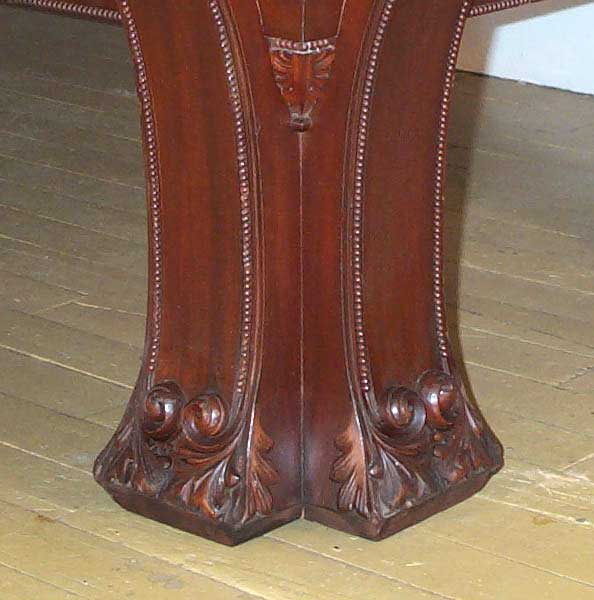 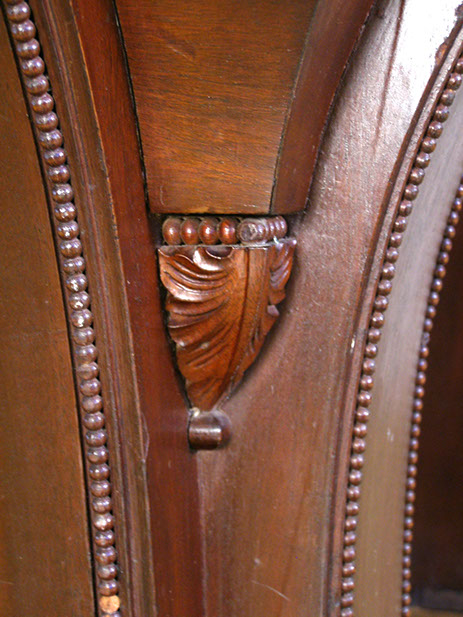 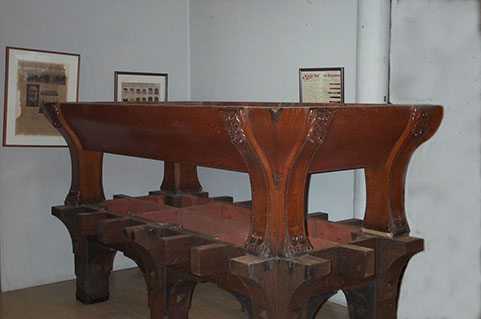 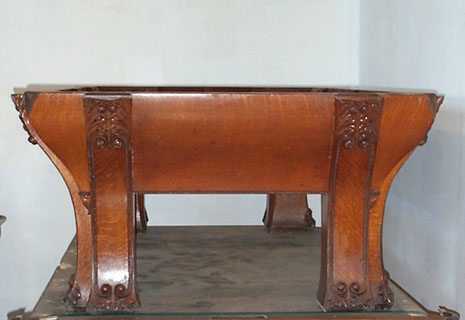 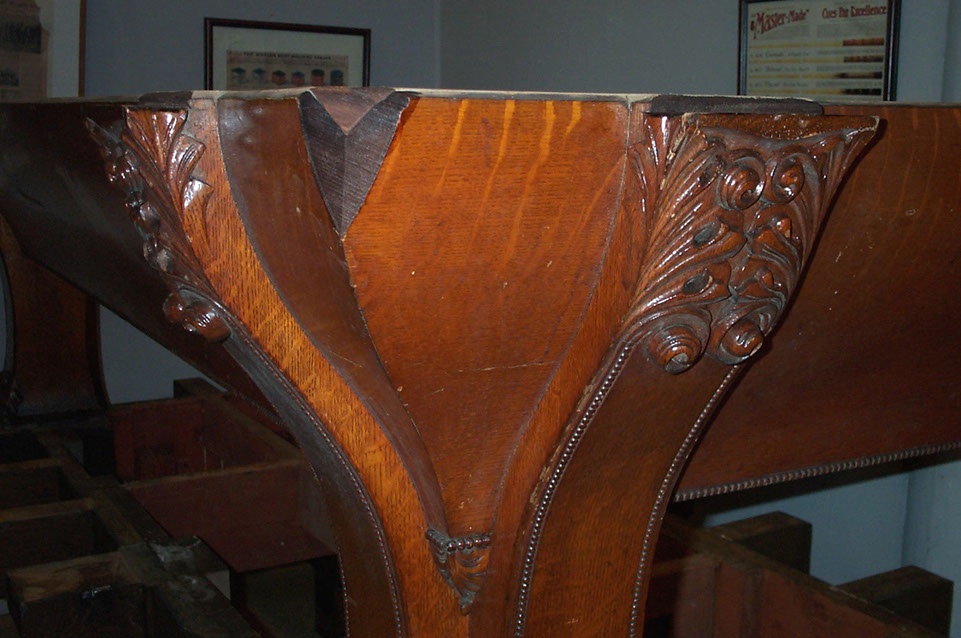