Oliver Briggs and J. E. Came were the most prominent of the Boston companies in terms of output and longevity and Briggs left a pretty good paper record of their activities. While Brunswick-Balke-Collender was producing a major full-size catalog every couple years with a dozen or more large etchings of their current line of tables, most of the smaller regional companies were more modest in their advertising, choosing City directories – the 19th century version of the yellow pages. Briggs, however, did put out a series of catalogs, cleverly disguised as rulebooks, to get their products before the public. These were a little larger than pocket-size and in addition to the rules of the game there were advertisements for Briggs tables and accessories such as cloth and balls. Briggs trade-name for their products was “ ELECTRIC” . Their cushions were “Electric Cushions”. There was nothing actually electrified about them. “Electric” just meant fast and modern. Briggs also sold “electric balls” and my favorite, “electric chalk”. The other two words most often used in 19th century advertising were “fancy” and “sanitary”.

Briggs’ marketing acumen did not seem to extend to the naming of their tables though. While Brunswick was naming their models after evocative places like “Newport”, “Monterrey”, “Saratoga”, and “Rochester”), or powerful names like “The Conqueror”, Briggs named their tables by number. The table you see here is “Style 27” and it shares a catalog with “Style 28” and “Style 29”. Apparently they continued this practice for some time, the highest number I have seen was “style 90”. Still, it is the thing that makes the name, not the other way around, and if you mention “Style 27” to an antique billiard aficionado, you may be surprised to find they know the table to which you refer!

I first saw an etching of this model several year before I ever saw one in person and it looked so unique in the drawing, that it was one I really hoped to see in person. There are even BBC tables that I have seen only in catalogs. Some models must have been made for only a short time and in small numbers. I have only ever seen two “Style 27’s” in person, including the one here.

When we first got this table, I told my good friend, Kurt Schmidt, that we had just gotten a really neat table and was sending him a pic. He said, “If you send me a picture, I’ll probably copy it”. When he saw the photo, he said “I’m not copying that! How did they do that?”. Kurt is the 5th generation owner of A. E. Schmidt Co. in St. Louis and I am sure if he put his mind to it he could figure out how to copy the style 27. But the point is that these old-time manufacturers went to great lengths to produce something amazing to look at.

A few notes about this table in particular:

The table is shown unrestored with original finish. The wood is Quarter-sawn white oak and should strip and sand very clean and be able to be stained almost any color desired. The color now is from its original orange shellac finish.

This is a “carom” table – no pockets – commonly called a “billiard table”. Carom tables were very popular when this table was made and many of the tables shown in the old catalogs are the carom versions. Models were made in both “carom” and “pool” versions. We can convert this table to a pocket pool table that will be exactly as it would have been made originally. We have bronze pocket irons cast from originals at a local foundry and cut the rails with mortises and horns exactly as they would have been done in the 1890’s. 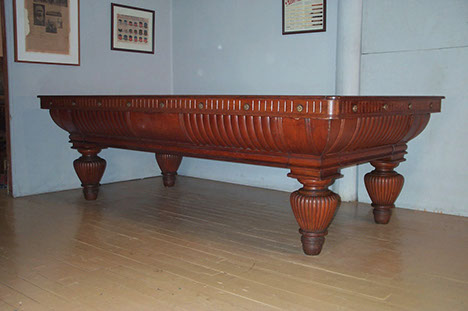 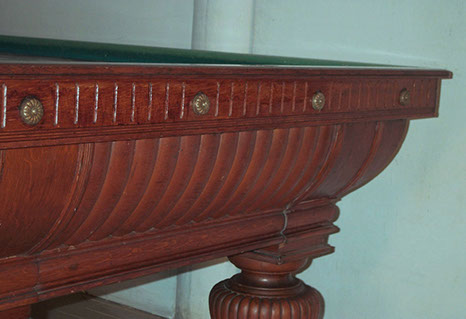 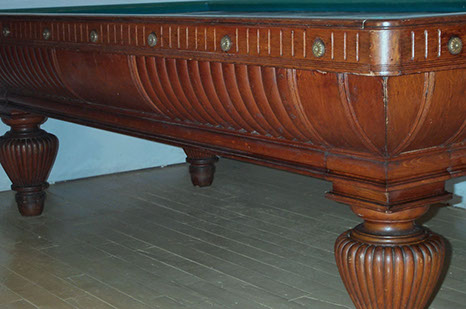 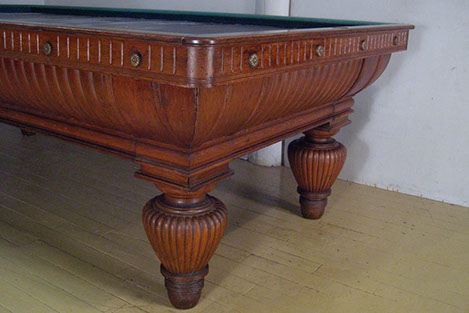 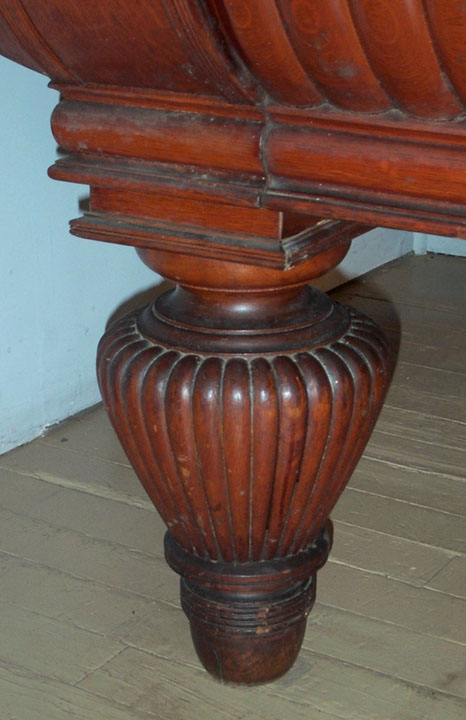 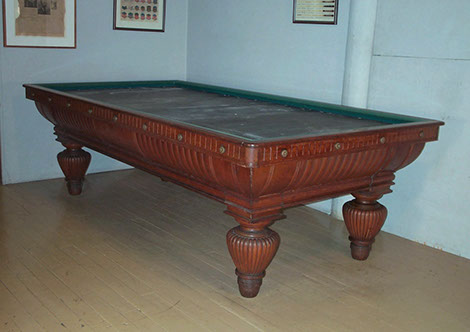 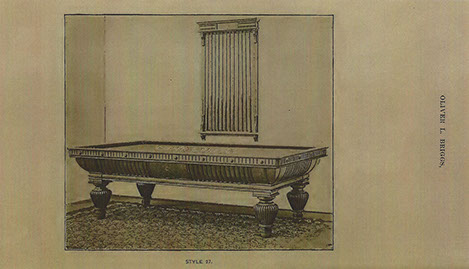 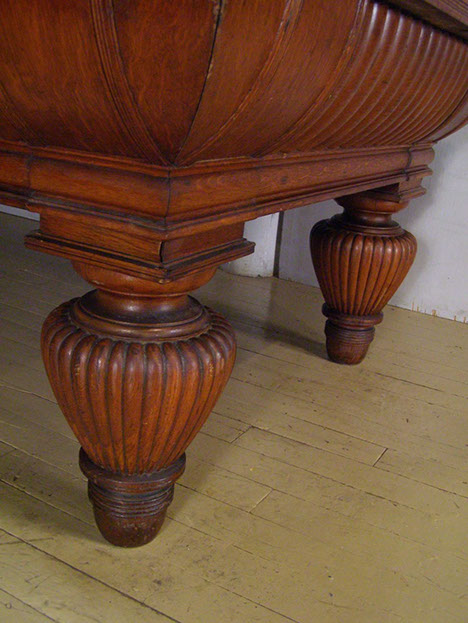 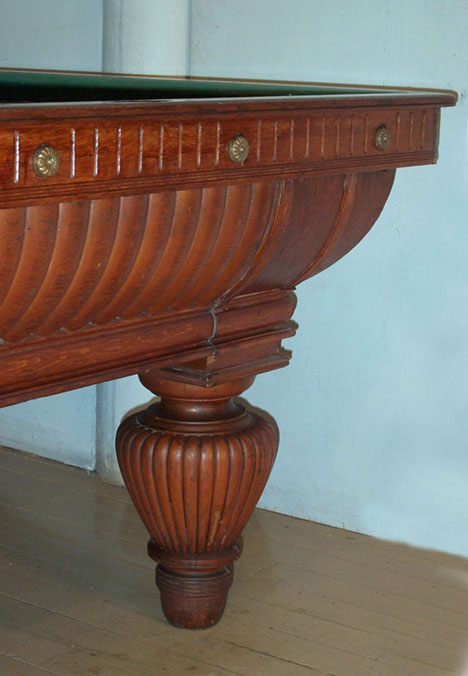